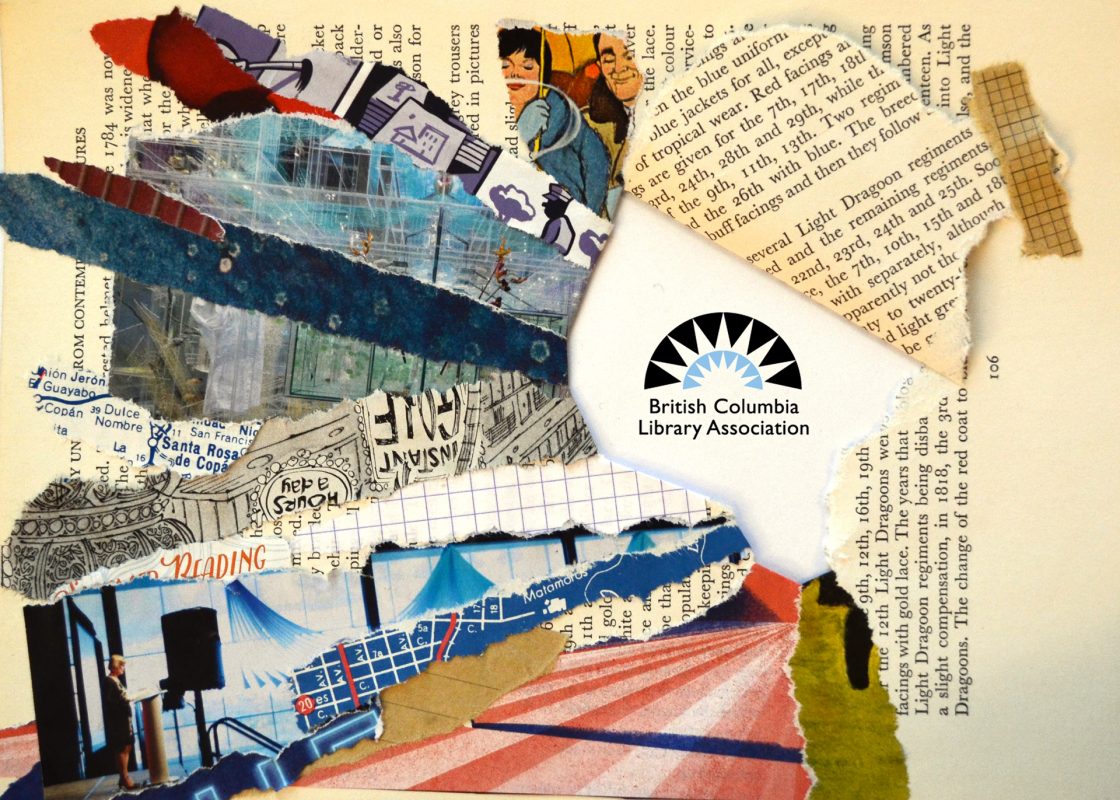 These are two advertisements for the BC Library Association. Both the letter-style ad and postcard-style ad describe (through word and collage respectively) the whimsy inherent in libraries; the range of roles that they hold within modern society, and what’s on offer. By creating a visual tone that feels aged, worn, and textured, they appeal to visual people drawn in by such things. The tone also nods to the nostalgic and historied past of libraries in society.  These ads would run in art magazines and daily papers across the province as half page ads.

The font for the letter-style ad is a display font which is styled from a traditional typewriter. This was chosen to develop the worn, tradition and whimsical tone of the ad.

The neutral colours in both ads speak to the colour of paper (i.e. book iconography) and within the collage of the postcard-style ad the colours chosen were meant to visually describe the range of ideas and things ‘bursting’ out of the page/BCLA logo.

The ad specs of 5” x 7” were designed to be standard size for half-page ads in magazines and daily newspapers.